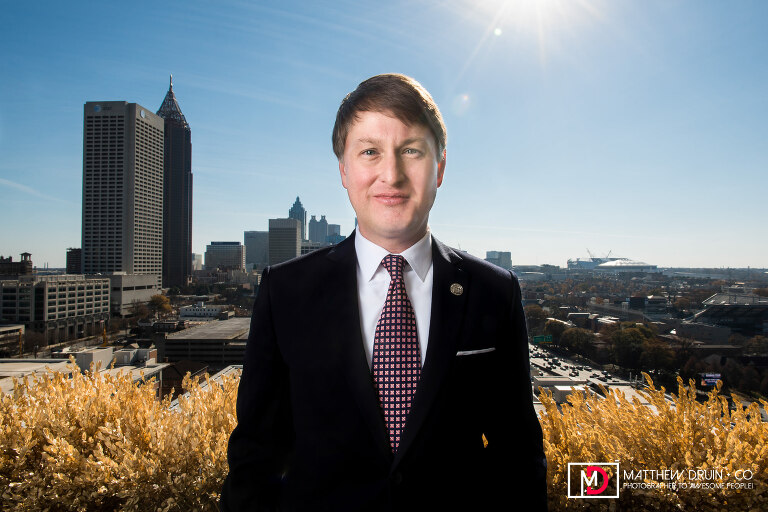 I had the opportunity to meet with Pat Wilson, Georgia Commissioner Of Economic Development, for an ACEC Magazine shoot. Pat was a super cool guy and very flexible to some ideas I had for this shoot. I have been slowly pitching more creative ideas for shoots for the ACEC magazine to get away from the boring, stuffy shirt, type photos seen in so many business magazines. For this shoot, I had the idea of having the Atlanta skyline in the photo somehow to the photo editors of ACEC magazine and they loved it. We had rooftop access, but the downside was the walls and landscaping on top of the building were pretty high making it next to impossible to get a good shot of the city. I planned the shot before Pat even arrived by moving tables into place just hoping he would agree to it. Talking to Pat, I suggested that he stand on top of a large table on the patio to make him taller than the wall to get the city in the background. He kind of looked at me for a second, looked at the table, laughed, and then actually agreed to it. I think he was humoring more than anything since most photo shoots he does are a lot more stuffy, smile and shoot style. I stood across for Pat on top of a chair which was stacked on top of a table. Lol. It was all pretty safe in general and I think we ended up with some cool shots for the cover and inside spreads. Here’s one of the photos and spreads from my shoot with Pat Wilson, Georgia Commissioner Of Economic Development for the ACEC magazine spring issue. 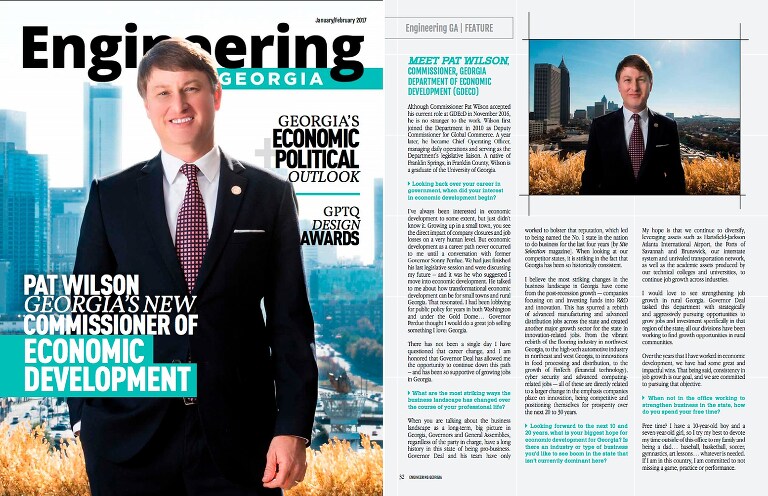 My name is Matt Druin and I’m an Atlanta portrait photographer.